A century of Cronig’s on Martha’s Vineyard – MV Times 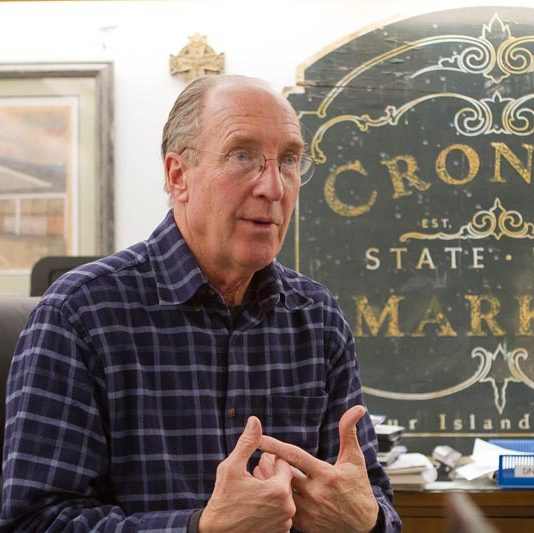 Officially, the two Island supermarkets celebrate their centennial on March 10. Both stores are on State Road, one in Vineyard Haven, known as “Down-Island Cronig’s,” and the other, “Up-Island Cronig’s,” is in West Tisbury. There will not be a lot of fanfare on March 10. Cronig’s will celebrate its 100th with a month-long 30 percent Island Card discount to shoppers.

A retail brand that lasts 100 years — and retains a kindly culture — is increasingly unlikely in our world of corporate retail chess games and takeovers. More unlikely are the origins of Cronig’s, established in 1917 in a Vineyard Haven storefront on Main Street by a quartet of Lithuanian-born immigrant brothers who established a nearly 70-year community culture around their enterprise.

Perhaps most unlikely is that Robert (Robbie) Cronig, the last of his family’s ownership, was able to find a corporate grocer named Steve Bernier who eagerly threw away his corporate suit and tie 31 years ago to embrace and grow the Cronig legacy, who with his wife Constance is raising three kids on the Island…